Click here to join our mailing list to receive the latest news and updates as they happen. Unsubscribe any time.
CMT Team·
Mortgage Industry News
·August 23, 2012 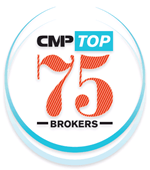 CMP’s 2011 top broker ranking is out. As usual, it excludes the bulk of brokers in the industry since most don’t submit their volume for consideration.

Despite that, it does provide an intriguing glimpse of successful brokers who do significant business.

One thing about the list that sticks out is that it’s top-heavy with brokers who market aggressively on the Internet. We’re talking about the Dan Eisners (ranked #1) and Jim Tourloukis’ (ranked #3) of the world.

With Eisner’s True North Mortgage closing $400+ million of deals and having arguably the most recognized national Internet brokerage brand, it’s clear that online mortgage origination is taking hold in Canada.

The net is forcing brokers and lenders to be increasingly competitive. And the industry is slowly realizing how important the Internet is for lead generation.

Butler knows the game well. His firm will top $200 million in funded volume this year, after making the transition to mostly Internet-sourced leads. A huge chunk of his business comes from RateSupermarket.com, to which he pays thousands of dollars per month in lead fees.

“Business is hugely up with Internet. It’s a tiny bit more money but volume is up astronomically.”

The Internet has radically altered the economics of the business. “You can’t afford to give these deals to a regular agent because the grosses are so low.” As a result, Butler pays four salaried agents to help process the deals. “We’ll never hire another commission person for Internet business again,” he says.

Critics of the net model abound (although the same was true before Internet trading took off). Detractors question the advice that low-margin brokers give clients. They claim that many borrowers simply have no idea where to start when arranging financing.

But in Butler’s experience, “You don’t get those people on the internet.” Online clients are far more informed and generally more qualified, with credit scores that are 40+ points higher than average, he estimates.

Butler explains that he’s basically “selling loans.” People usually want the same advice, he says, which includes help deciding on a term, getting the best rate, reviewing the contract properly, and paying off the mortgage quicker. He provides that advice easily and efficiently by phone.

None of this is to say that traditional brokers are dead. Despite the Internet’s influence, “There will always be full service brokers,” Butler states. “There is a group of customers who want advice and deep relationships, or a local broker they can drive to.”

But as time goes on, this group will inevitably shrink.

Sidebar: Interestingly, Ron’s son Dave Butler runs a separate division of Butler Mortgage where 90% of the business comes purely from personal referrals. The two business models are run independently with Dave’s side of the business ranking #4 in the country with $153 million in 2011 volume, according to CMP.