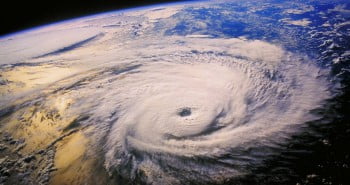 There’s been a perfect storm brewing in the mortgage rate market, one that’s bringing volatility and uncertainty. And it all came to a head today.

Here are some of the factors impacting mortgage rates at this moment:

The home of the gyro became the first developed nation ever to default on IMF debt. S&P now pegs the odds of Greece departing the EU at 50%.

Virtually no one expects the Grecian debacle to trigger global financial catastrophe, but investors have taken no chances. They’ve piled into AAA bonds for safety, which in turn has pounded Canadian yields to a two-month low. In just the last two days alone, our five-year yield has nosedived 22 basis points.

Despite the bond/fixed-rate correlation, don’t count on an immediate reduction in mortgage rates. Lenders usually wait a bit for the volatility to end before repricing.

There’s actually a chance Canada could be in recession and we just don’t know it yet. April’s GDP came in negative today, which makes it four months in a row of negative growth. We haven’t seen that since the financial crisis. If the economy shrank in May/June, that, folks, is a recession.

“In Canada we won’t know (about the recovery) until May,” says BoC governor Stephen Poloz. With the U.S. economy improving, negative growth in Q2 is still viewed as unlikely, for what that’s worth.

Last week, traders were pricing in rate hikes by mid next year. After today’s news, there’s now a 50%+ chance of a rate cut in the next few BoC meetings.

That’s got CIBC star economist Ben Tal reversing his engines. He now says, “…We change our call to a 25-basis-point rate cut by the Bank on July 15th.”

In fact, a slew of economists are now jumping on the monetary easing train. See this Financial Post Article.

Finance officials have intervened in the mortgage market again.

The Finance Department has been promising to ban the use of government-backed insured mortgages as collateral in non-CMHC-sponsored securitization. Well, it essentially started imposing that ban today, June 30.

The DoF is also prohibiting lenders from using portfolio (bulk) insurance unless they pool the insured mortgage in a CMHC-governed security. The problem is, with all the restrictions now placed on mortgage-backed securities (MBS), lenders can’t be sure they’ll be able to fund their insured mortgages through CMHC programs.

One of the various repercussions is that lenders can no longer directly fund insured mortgages with asset-backed commercial paper (ABCP). That’ll have an immediate impact on avid users of ABCP, the likes of First National, MCAP and Investors Group. Big banks who fund mortgages with deposits, covered bonds, bankers’ acceptances, etc., are relatively less impacted by this measure.

Literally every single lender and capital markets pro I’ve talked to has the same opinion: the government overreached here.

One capital markets exec we spoke with called the $10 to $12 billion of mortgages in ABCP a “rounding error” on Canada’s $1.3-trillion mortgage market. It’s almost a joke that Ottawa would target it. Policy-makers could have preserved this funding method to improve competition…but they dropped the ball.

It seems the DoF was more interested in teaching banks a lesson for using bulk insurance to improve their capital position a few years ago. As a result, it has restricted this insurance (which smaller lenders rely on for securitization purposes, and that keeps all lenders more competitive).

“They’ve thrown the baby out with bathwater,” said one lender executive about the Finance Department. “The government already assumes the risk with insured mortgages. How a lender funds their mortgages doesn’t add more risk.” A main problem with bulk insurance previously was that it was underpriced, encouraging its overuse, he says.

Another new rule is that lenders must now securitize bulk insured mortgages within six months. Otherwise the insurance and premium paid are lost. This seemingly innocuous rule has just opened up a bag of headaches for smaller lenders on refinances, variable-to-fixed rate conversions and renewals.

For more on the regulatory amendments affecting lenders and funders, read this and this.

These measures will reduce mortgage discounts among bank challengers, especially on conventional mortgages. That, in turn, will likely cause banks themselves to price less aggressively since banks are continually looking to maximize margin and not lead on rate.

If you have a comment on these new regs, let the DoF know at finlegis@fin.gc.ca (reference “Canada Gazette, Part I, June 6, 2015, and address it to Wayne Foster, Director, Capital Markets Division, Department of Finance, 90 Elgin Street, 13th Floor, Ottawa, Ontario K1A 0G5).

The Canada Mortgage Bond (CMB) is generally the cheapest source of mortgage funding. Problem is, there’s not enough of it to go around. The Finance Department limits issuance to $40 billion a year and there’s a long line of lenders who want it—so long that the allocation has plunged to a record low of roughly $150 million per lender per quarter for five-year fixed funding. Not long ago, the allocation was well over double that. (Incidentally, according to people who watch this market, credit unions are using up an increasing amount of CMB bandwidth.)

MBS and CMB spreads have been growing, which boosts lenders’ funding costs. The last CMB, for example, was launched with a spread 8 bps wider than in March, “indicative of the overall widening in credit spreads this year,” said First National’s Jason Ellis in a June 12 blog.  (By the way, if the acronym CMB means anything to you and you don’t subscribe to his blog already, you need to.)

As Ellis also pointed out, the feds are apparently closing “a tax loophole related to total return swaps linked to securities like NHA MBS.” This makes it less appealing for some institutional investors to hold MBS. According to one capital markets source, “It’s been uncertain as to whether [pension fund MBS] trades are going to be unwound quickly, slowly or grandfathered. All the budget said is, effective October 2015 this is going to end, without any details.”

This pending development is making MBS participants nervous, which means lenders must now pay a premium to securitize with MBS. That’s on top of CMHC’s new guarantee fees earlier this year.

Mortgage shoppers watching yields dive are hoping borrowing costs will follow suit. But rates, if they do fall, will drop less than expected thanks to government intervention and resulting funding cost pressures behind the scenes.

Earlier today we saw some smaller lenders actually raise rates 5-10 basis points. You don’t usually see that with bond yields down framatically. Some in the know believe that a new 10+ bps premium could now be built into rates for years to come, regardless of what the Bank of Canada and bond market do, and regardless of how slow the housing market gets.