Latest in Mortgage News: Stress-Test Rate Drops After a Year of No Change

The benchmark posted 5-year fixed rate, which is used for stress-testing Canadian mortgages, fell yesterday in its first move since May 2018.

The Bank of Canada announced the mortgage qualifying rate drop to 5.19% from 5.34%. This marks the first reduction in the rate since September 2016.

The rate change came as a surprise to most observers, since it’s based on the mode average of the Big 6 banks’ posted 5-year fixed rates. And there have been no changes among the big banks’ 5-year posted rates since June 21.

As reported by RateSpy.com, the Bank of Canada explained today’s move as follows:

“There are currently two modes at equal distance from the simple 6-bank average. Therefore, the Bank would use their assets booked in CAD to determine the mode. We use the latest M4 return data released on OSFI’s website to do so. To obtain the value of assets booked in CAD, simply do the subtraction of total assets in foreign currency from total assets in total currency.” “It’s one of the most convoluted ways to qualify a mortgage borrower one could dream up, McLister added. “It’s almost incomprehensible to think random fluctuations in bank assets could have anything to do with whether a borrower can afford his or her future payments.”

In his post, McLister noted the qualifying rate change means someone making a 5% down payment could afford:

Without seasonal adjustments, the monthly Teranet-National Bank National Composite House Price Index would have been negative in the month of June. Thanks to a seasonal boost, however, the index rose just 0.5% from the year before. Vancouver marked the 11th straight month of decline (down an annualized 4.9%), while Calgary recorded its 11th monthly decline (down 3.8%) in the past 12 months.

“These readings are consistent with signals from other indicators of soft resale markets in those metropolitan areas,” the report said.

But while Western Canada continues to grapple with sagging home sales and declining prices, markets in Ontario and Quebec are already posting increases following weakness in the first half of the year.

Don’t hold your breath for another spectacular run-up in real estate as seen in recent years, say economists from RBC. “A stable market isn’t a bad thing,” noted senior economist Robert Hogue. “This is sure to disappoint those hoping for a snapback in activity, especially out west. But it should be viewed as part of the solution to address issues of affordability and household debt in this country…It means that signs indicating we’ve passed the cyclical bottom have been sustained last month.”

Home resales in June were up marginally (0.3%) compared to the previous year, which Hague says provides “further evidence that the market has passed its cyclical bottom.”

Hague says these readings are good news for policy-makers, who he says want to see “generally soft but stable conditions in previously overheated markets.” 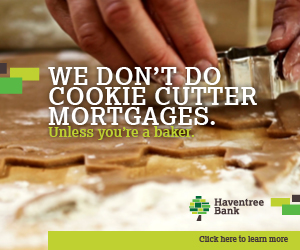